Previously, it was a subsidiary of the General Insurance Corporation of India (GIC). But when GIC became a re-insurance company following the passage of the IRDA Act 1999, its four primary insurance subsidiaries New India Assurance, United India Insurance, Oriental Insurance and National Insurance became autonomous.

New India Assurance operates both in India and in foreign countries that include Japan and New Zealand. More recently, it has collaborated with some of the leading public sector banks of India and Financial Institutions to increase its distribution network. 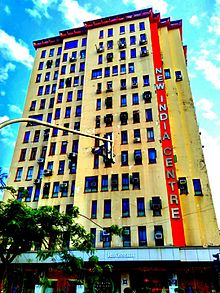 The company operates in 28 countries as of 2015-16. The foreign operations details are as follows:

The company's achievements include:

NIA is the only direct insurer in India rated A-(Excellent – Positive outlook) by AM Best. CRISIL reaffirmed its AAA/STABLE rating, indicating that the company has the highest degree of financial strength.[7]